We are pleased to invite you to a conversation with Nobel Peace Prize Laureate Muhammad Yunus, the founder of the Grameen Bank in Bangladesh who created a model for combating poverty through microlending. He is also the founder of the Yunus Centre, a think tank for issues related to social business. He is the author of three books, including Banker to the Poor. The event will be moderated by Dr. James Foster, Co-Director of the Institute for International Economic Policy and Oliver T. Carr Professor of International Affairs and Professor of Economics at the George Washington University. This event is jointly sponsored by IIEP, the Elliott School of International Affairs, the LEAP Initiative, and the George Washington University.

About the Speaker:
Nobel Laureate Professor Muhammad Yunus is the father of both social business and microcredit, the founder of Grameen Bank, and of more than 50 other companies in Bangladesh. For his constant innovation and enterprise, Fortune magazine named Professor Yunus in March 2012 as “one of the greatest entrepreneurs of our time. In 2006, Professor Yunus and Grameen Bank were jointly awarded the Nobel Peace Prize for their work to “create economic and social development from below.”

Dr. Yunus is the recipient of 61 honorary degrees from universities across 24 countries. He has received 136 awards from 33 countries including state honours from 10 countries. He is one of only seven individuals to have received the Nobel Peace Prize, the United State Presidential Medal of Freedom and the United States Congressional Gold Medal. He has appeared on the cover of Time magazine, Newsweek and Forbes magazine. In 2016 GWU awarded him the President’s Medal in recognition of his service. 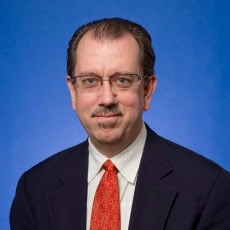 James E. Foster is the Oliver T. Carr, Jr. Professor of International Affairs, Professor of Economics, and Co-Director of the Institute for International Economic Policy at the George Washington University. He is also a Research Associate at the Oxford Poverty and Human Development Initiative at Oxford University. Professor Foster’s research focuses on welfare economics — using economic tools to evaluate and enhance the wellbeing of people. His joint 1984 Econometrica paper (with Joel Greer and Erik Thorbecke) is one of the most cited papers on poverty. It introduced the FGT Index, which has been used in thousands of studies and was employed in targeting the Progresa CCT program in Mexico. Other research includes work on economic inequality with Amartya Sen; on the distribution of human development with Luis Felipe Lopez-Calva and Miguel Szekely; on multidimensional poverty with Sabina Alkire; and on literacy with Kaushik Basu.

Professor Foster’s work underlies many well-known social indices including the global Multidimensional Poverty Index (MPI) published annually by the UNDP in the Human Development Report, dozens of national MPIs used to guide domestic policy against poverty, the Women’s Empowerment in Agriculture Index (WEAI) at USAID, the Gross National Happiness Index of Bhutan, the Better Jobs Index of the InterAmerican Development Bank, and the Statistical Performance Index of the World Bank.