We are pleased to invite you to a new webinar series, “Facing Inequality”, hosted by the Institute for International Economic Policy. This virtual series will focus on current and emerging inequality issues in the U.S. and around the globe. The series will bring attention to aspects of inequality being made increasingly relevant by the current COVID-19 pandemic and associated crises. The series is organized under the stewardship of IIEP Director James Foster, Oliver T. Carr, Jr. Professor of International Affairs and Professor of Economics, and IIEP Faculty Affiliate Trevor Jackson, Assistant Professor of History. The series is co-sponsored by the GW Interdisciplinary Inequality Series, co-organized by Prof. Jackson from the Department of History and Prof. Bryan Stuart from the Department of Economics.

The seventh event, “Are Informal Workers Benefiting from Globalization? Evidence from a Survey Experiment in India” will feature Dr. Nita Rudra of Georgetown University. The discussion will focus on the following: Are citizens in the developing world convinced about the benefits of globalization? By leveraging their comparative advantage in low labor costs, economists predict once-poor citizens will be better off with open markets. Yet, surprisingly little rigorous research exists on if and how workers in developing countries actually experience the benefits of increasing trade and foreign direct investment (FDI), particularly in an era of rapidly expanding global supply chains. To answer this question, we focus on the largest cluster of low-wage laborers in developing countries, informal workers, and their experience with FDI. Using observational and experimental methods, we find that both formal and informal workers in India strongly approve of foreign investment. However, the latter are deeply skeptical that the benefits of FDI will ever trickle down to themselves or their future generations. India’s much smaller population of formal workers, by contrast, are confident that they have privileged access to coveted jobs in foreign firms – regardless of skill level- and social mobility prospects will improve. These findings provide new insights on (macro and micro-level) drivers of growing global inequalities, and call for caution amongst scholars, policymakers, the international business community, and all those who anticipate that globalization is lifting all boats. 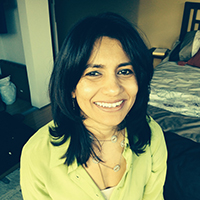 Nita Rudra is a Professor of Government at Georgetown University. Her research interests include: the distributional impacts of trade and financial liberalization as they are mediated by politics and institutions; the influence of international organizations on policies in developing economies; the politics of trade agreements involving developing economies, and the causes and effects of democracy in globalizing developing nations. Her most critical works appear in the British Journal of Political Science, World Politics, Journal of Politics, American Journal of Political Science, Comparative Political Studies, International Organization and International Studies Quarterly . Her most recent book with Cambridge University Press is entitled: Democracies in Peril: Taxation and Redistribution in Globalizing Economies. Her current projects analyze how and why widespread poverty persists in rapidly globalizing economies, the politics supporting/resisting changes to the informal sector, the anti-globalization backlash, and the politics of trade and trade agreements.

Discussants
To be determined